Beth Orton on her new album, defining moments and motherhood

The British singer-songwriter talks to Francesca Ryan about her new album Sugaring Season, motherhood and cooking with her nose. 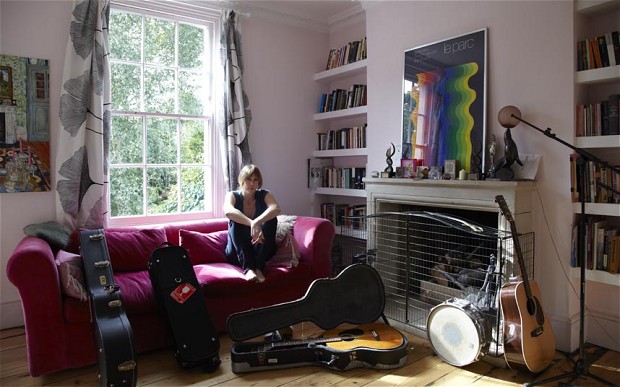 Beth Orton, seen her at home in north London, is to release new album Sugaring Season.

Beth Orton, 41, made her name with collaborations with the Chemical Brothers and William Orbit in the mid-1990s. She has released four critically acclaimed albums, including Trailer Park, her debut album, which won the Mercury Prize in 1997. Her fifth album, Sugaring Season (Anti-Records), is released on Monday. She lives in north London with her husband, the American folk singer Sam Amidon, and their two children, Nancy, five, and Arthur, one.

Mornings I get up whenever I’m woken by the children – it could be 5am or 6am. We have the same breakfast every day – porridge with rice milk and cooked pears. And I have fennel tea. It’s a really good brekkie. We don’t often have dairy products but sometimes at weekends, as a special treat, we’ll have pancakes. I don’t suffer [from Crohn’s disease] at all any more. I’ve eaten myself well – but I choose to eat healthily.

New album Sam is from Vermont. We spend a lot of time there, walking in the woods, and the area inspired the title of my new record. Sugaring Season is the time of year when the sap rises and the maples are tapped for syrup. I like the idea that it’s quite a scientific thing, it has to be a certain temperature to make the sap rise and create the sweetness. It’s very poetic and quite sensual.

Guitar A few years ago I gave a lot of my guitars away. I felt I had an embarrassment of riches, and I wanted other people to have some stuff. I have had this Levin guitar (main picture, far right) since 2000, and I only play and write on this one. I’ve tried others but I keep coming back to it. I saw it on the wall in Andy’s Guitars [in central London] and thought it was beautiful. I told my boyfriend, and the next day I came home and he had bought it for me. It has the most beautiful tone. Some guitars are tight, but it’s expansive and has a lot of bottom end. I should probably get another Levin, though – a back-up for stage in case the strings break. 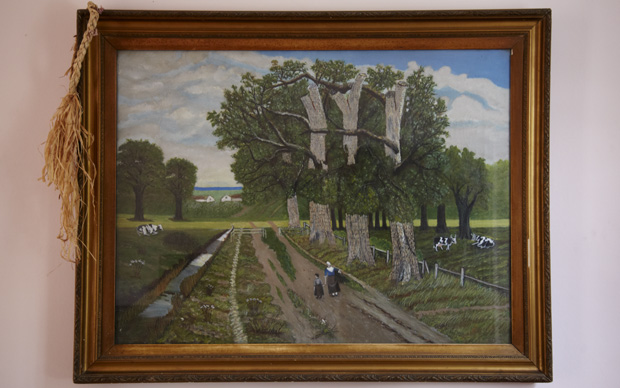 Art This painting (pictured above) used to hang in our sitting-room when I was a child, and it has been the centrepiece of every house I’ve ever lived in. For me it stands for that peculiarity of family where you never realise how distorted things are. To us it was completely normal that the cow is in the distance and yet it’s 10 times bigger than the tree. The whole perspective is completely off, but I love it, it’s brilliant. I have no idea where it came from, and there’s no one to ask – that pisses me off. As you get older there are always more questions.

Defining moment When I was 16 and studying English literature, photography and theatre in Norwich, there was a very handsome boy at college whom I really, really liked but I always thought was completely out of my league. Then one night he came round to my little bedsit with Joni Mitchell’s album Blue. We played it on my grandad’s beautiful wooden record player. I had never heard her before, I had no idea what she would come to mean in my life, and no idea I was going to be a singer, not even a hint. I was interested in acting and theatre and stuff like that. That record, that night was a real coming of age.

Influences Although we’re very different musically, my eldest brother, Rupert, who is six years older than me, was a huge influence on me as I was growing up. He ruled the roost in the house in terms of what we’d listen to – Ramones, the Clash, New York Dolls, David Bowie. When I was about 19 he got really into hip-hop. I loved that period. I used to go with him when he would DJ, and we became very close.

On stage I first heard the Ronettes song I Wish I Never Saw the Sunshine in 1995, just before I made Trailer Park. I was racked with heartbreak at the time – to me it summed up my pain. I went home, learnt the song, and then it went on my record. Ronnie Spector asked me to come and sing it with her at Dingwalls [in north London]. It was one of those bizarre things – there I was, standing on stage between Ronnie Spector and Joey Ramone. It was quite early on in my career, I was very shy and felt very lonely, but they were so kind and sweet to me. More than anything, though, I was living that experience for Rupert. He’s such a huge Ramones fan. I knew what it would mean to him.

Mentor Six years ago, in between records, when I was pregnant with Nancy, I was going to study creative writing, but instead my main education at that time became [the folk musician] Bert Jansch. I met him at a concert, and we shared a dressing-room, and while I was watching him play, Geoff Travis [Orton’s then manager] said, ‘Oh, you should ask him for guitar lessons.’ So I asked him, as a sort of joke, and when it ended up actually happening it was overwhelming. We just kept meeting and playing. We did it for a couple of years, me sitting with him in his front room, piddling around.

Cooking I love cooking but I very rarely use cookbooks (if I do, it’s a bit of Delia). I cook with my nose. When I was 19, just after my mum died [of breast cancer], I had a lovely boyfriend who was an amazing chef and taught me everything. He said, you don’t use cookbooks, you should cook as if you were painting. I find having to follow instructions stressful. I get obsessive-compulsive and keep going through the list thinking I’ve forgotten something. By the time I’ve done that I can’t be bothered to cook.

Frying-pan When I cook with my mum’s frying-pan (pictured below), even though the handle is about to fall off and it is probably quite dangerous, it feels the most concrete way of connecting with her. She cooked everything in the frying-pan – omelettes, spag bol, lasagne, shepherd’s pie, fish pie – they all started in that pan. And her memory of her mum was her frying-pan. During the war they lived in Epping Forest and the house was bombed – half the kitchen fell in while her mum was frying eggs and she jumped on my mum and broke an egg on the back of her head. 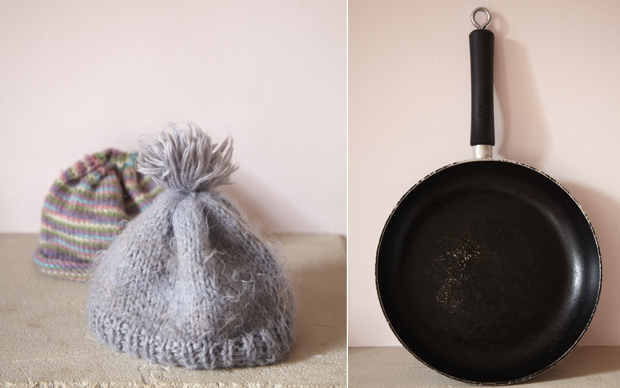 Motherhood A friend of mine said having children is every shade of heaven and every shade of hell – and it’s true, but it’s how it moves so quickly through states of being. I find having two children much easier, and really enjoy the fullness of family life. A lot of my friends gave me knitted hats (pictured above) when the children were born. I’m always picking up their little baby clothes as I have this weird sense of longing for what was just last week, for past selves of them. It’s a constant reminder to be in the moment.

Photograph I have a photo of me as a baby (pictured below), probably in 1970, and my dad is looking at me very lovingly. He died when I was about 11 so I have no idea what he was thinking, if that was just a moment or a constant state of feeling, but I look at it and think, ‘Wow, my dad must have loved me.’ It’s very reassuring to have it. 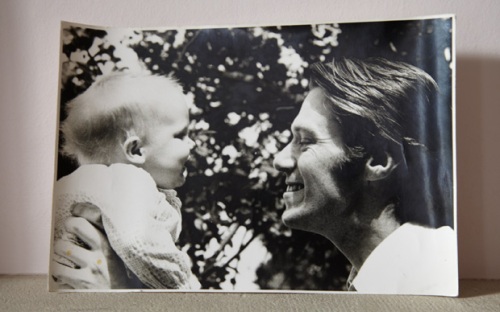 Childhood memory This book, Where Do Babies Come From? by Margaret Sheffield (pictured below), was in our house in Norfolk when I was growing up. Maybe Mum and Dad left it lying around so we could all have a chat about it, but we never did. Instead, my best friend, Toby Pascoe, and I used to pull it off the bookshelf all the time and have hysterics over it, roaring with laughter. We would have been five or six, and it had the word penis in it, so we thought it was hilarious. They don’t make books like this any more. The paintings are so beautiful – I want to frame some of them and put them on the wall.

Evenings They are organised around the children, so about 7pm is bath, story, bed, except for when we’re on holiday, when it’s a little looser. But in my natural state I’m a real night-time person – it’s very hard to change. In the old days I’d go to bed at 3am and sleep in the morning. Now I have to make a concerted effort to go to bed at 11pm.