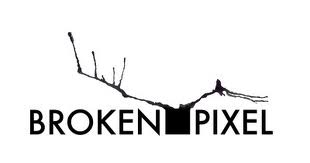 The official video for Something More Beautiful, the first single taken from the album, was directed by Ashley Dean from Broken Pixel with drawings by David Thomas Broughton.

Ashley very kindley answered a few questions from www.beth-orton.co.uk about the making of the video.

Tell me a little about yourself and Broken Pixel?

I’m a Yorkshireman who has lived in 3 of the 4 Ridings, and also Japan. I toured around Europe and beyond with the post-rock group iLiKETRAiNS in the mid 2000’s making music videos for the band and other groups we met along the way. This became a full time concern in 2008 and Broken Pixel is now a collective of several creatives working on projects as diverse as promoting opera companies to constructing treasure hunts around ancient board games.

How did you first get involved with the idea of doing a video for Beth?

I received an email from my friend Graham Pilling (www.armyofcats.com) asking if I could help out a friend of his, David Thomas Broughton with an animation project. I was particularly excited to hear this as I am a great admirer of Davids work as an illustration and a recording artist.  When I found out that we would be working together for a Beth Orton video I was even more excited.

How familiar were you with her music?

I’ve been a fan of Beth’s work since my days as a music-obsessed teen, I was introduced to her beautiful voice via the Chemical Brother’s Exit Planet Dust.

Where did the ideas come from for this video specifically?

The ideas grew through discussions by the three of us. David had already started working on some illustrated elements, the leaves being a key feature, and Beth had a strong sense of what the tone and feel of the video needed to be. I developed these starting points to form a rough treatment then gave David’s illustrations to my prodigious animation colleagues, Leanda Johnson and Emily Brooke-Davies to bring to life.  The beautiful super8 footage was provided by Lucy Bergman, a wonderful film maker I know from my university days.  The idea to use the murmuration footage came about quite serendipitously, as both David, Beth and myself suggested the idea around the same time.

How long did the video take to make?

The hand rendered 2D animation took many hours to put together, and there were a few early mornings and very late nights to get the edit right for launch. But on my end, it only took a little over a week to put together, which is mercifully brief for an animated music video. I can’t speak for David, however, his illustrations are frighteningly detailed and must have taken an age to create.

I’m very proud of the video we created as group of creative individuals spread across the world (David was sending us images from Bejing at one point). It was a thrill and a pleasure to work for such a talented and iconic artist such as Beth. I hope we all get the chance to collaborate again in the future.

Please click on the picture below to a view an excellent article on Ashley Dean and Broken Pixel by Ellie Ragdale at www.skwigly.co.uk